I share your view that creativity and art should be made accessible to larger sections of the population and that the creativity of all people can make a positive contribution to coping with the future.

((Former) Federal Minister of the Interior

Your project ideas show that you are thinking well about shaping the future through your artistic work. I wish you every success with your exhibition project..

We have studied the concept of the exhibition art open in detail and found that Liedtke's art formula also applies to music and its history. We share with him the forward-looking view that through the art formula, in connection with the multimedia exhibition art open, the 4th dimension, the access to the understanding of art and music, is open to all people. Only if everyone applies and deepens their creative possibilities will we be able to solve the problems of the future.

Liedtke's creativity formula is an evolutionary achievement. Once invented and introduced, it enables itself.

Liedtke modifies and dissolves the framework of known theories. His new scientific theories are at the same time the condition and product of their own operation. One could think of an evolutionary achievement that, once invented and introduced, enables itself. Transferring the result to the system of modern society, which puts its structures in force and out of force through decisions, we see a result of evolution. Liedtke's discoveries and works of art require the construction of an observer, God, for whom time is present as the totality of all times

I have come to the conclusion that there is not a single possibility to do anything for people other than from art. For this I need a pedagogical conception and I need an epistemological conception and I need to act. Well, there are three things that belong under one roof. The only revolutionary force is the force of human creativity ... The only revolutionary force is art.

This art formula as the core of the exhibition concept of art open fascinates not only art connoisseurs, but also contains statements of great explosiveness for natural historians. "" If the mechanisms for the transmission of knowledge and experience exist, they will also be accessible to scientific research. The resulting targeted intervention and the rapid acceleration of biocultural evolution would far outweigh all cloning possibilities today. Exactly describes the art formula of the art open

maybe even a theoretical concept for the bio-cultural evolution of man as a whole. 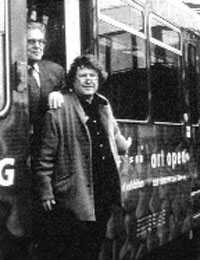 The nondefinable, inaccessible and indefinite, the nonexistent is what he wants to bring into today. Joseph Beuys said, "I came to the conclusion that there is not a single way to do something for people than out of the arts. For this I need an educational conception and I need an epistemological conception and I have to act. So there are three things that belong under one roof. "While J. Beuys researched things for the evolution of his" social sculpture, "social consciousness, Liedtke develops the epistemological conception, the pedagogical conception, and acts accordingly. Liedtke introduces the fluid transition from "social sculpture" into concrete evolution. 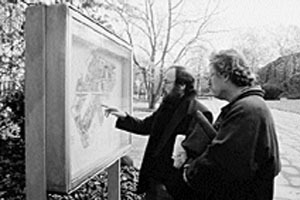 Dieter Liedtke's works are creative through and through.

The formula is today's revolution in art..

An evolutionary museum that will make the cultural epochs of art history visible to all visitors by means of the art formula, creativity and innovations, will exert a great attraction on tourists and Americans in the USA.en